The film “Victoria 1920”, is a unique feature production, realized in VR (virtual reality) 360 degree 3D technology. Thanks to it, viewers are transported back in time to 1920 and become part of a special group consisting of student Janek Węgielski (played by Dariusz Pieróg), lancer Władysław Bronczak (Szymon Mysłakowski) and Kościuszko Squadron pilot Merian C. Cooper (Patryk Szwichtenberg), who are joined by intelligence agent Pola Lewicka (Róża Klekotko). Together with the protagonists, the viewer travels by plane, jumps with a parachute, escapes from the Bolsheviks, takes part in battles and learns the secrets of Polish prewar intelligence. 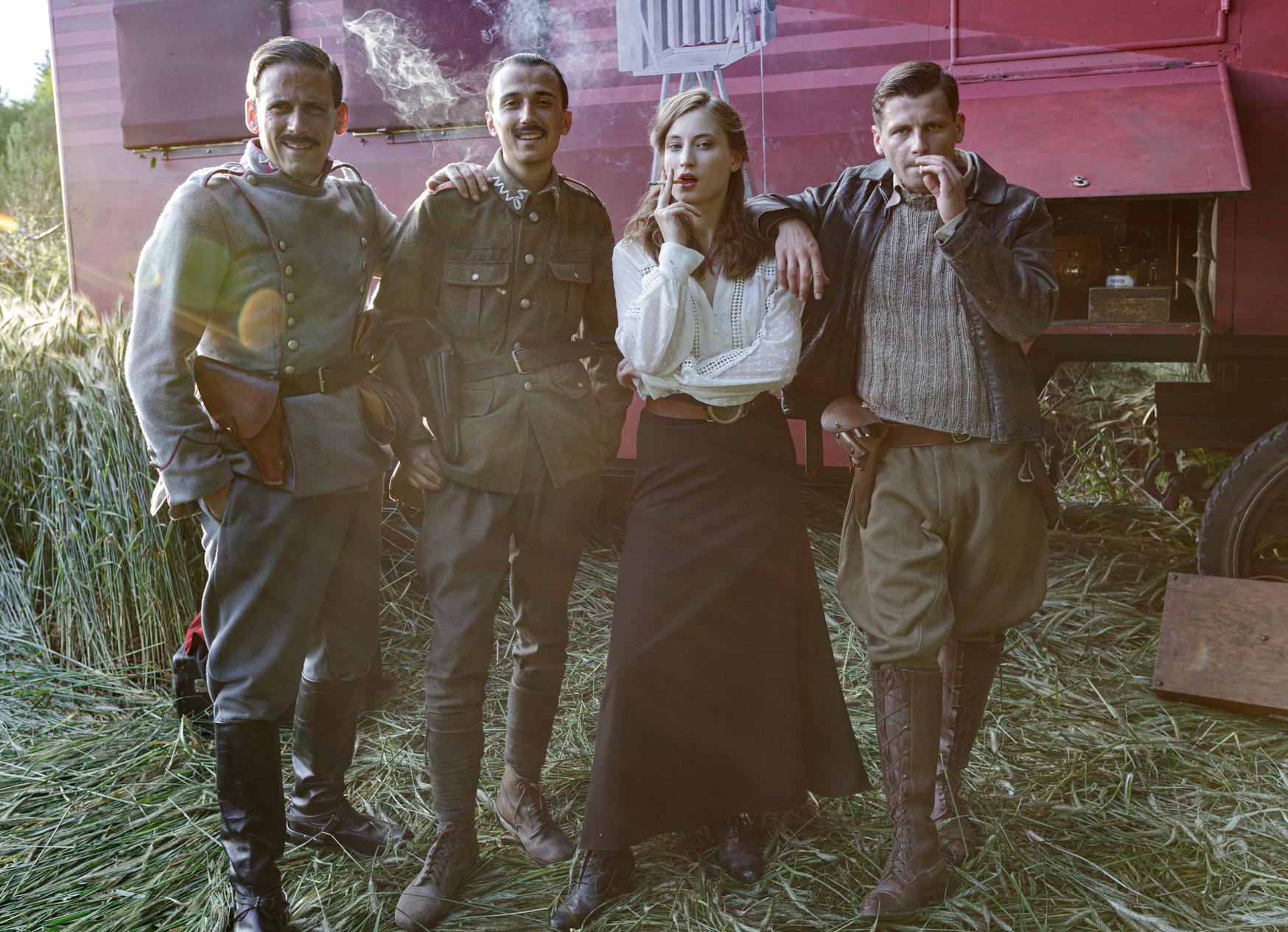 It’s August 1920. The Polish army is still retreating under the pressure of the Bolshevik army. Everyone realizes that the final clash is imminent, the outcome of which already seems a foregone conclusion in favor of the Bolsheviks… The most important task is to defend Warsaw and not allow the Russians to enter the city. However, the months-long effort has left its mark on both armies. Even among the Poles, defeatist mood prevails, and when a mysterious report arrives at the Polish army camp to be forwarded to the Citadel, only the Hero (imersant – the viewer watching the film), Janek Węgielski (Dariusz Pieróg) – a student who enlisted in the army, lancer Władysław Bronczak (Szymon Mysłakowski) and the pilot of the Kosciuszko Squadron, Merian C. Cooper (Patryk Szwichtenberg), believe that the cause is not yet lost and – against orders – decide to try to deliver a message to Warsaw. The protagonist, together with Cooper, travels by plane towards Warsaw, however, the damaged machine has to make an emergency landing. It turns out that the area is full of Bolsheviks – two of them force photographer Pola Levitskaya (Róża Klekotko) to take souvenir portraits of them. Pola, however, hides much more than camera cartridges….

The heroes embark on an adventurous journey towards Warsaw, escaping from the Bolsheviks, taking part in battles, while making plans for the post-war future… will they manage to deliver the report? Do the heroes risk in vain, but will it turn out that their message will have an impact on the fate of one of the most important battles in the history of not only Poland, but also the world?